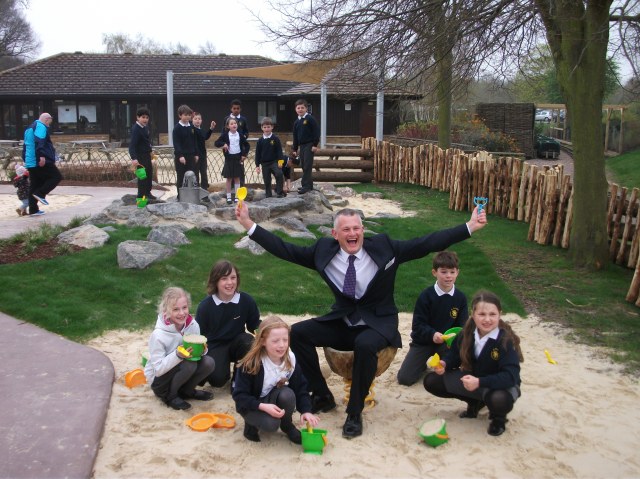 A new playground inspired by nature has opened at Ferry Meadows by the café/visitor’s centre – and is the first of the three playgrounds at Ferry Meadows to be updated over the next three years. The new Otter Playground has been designed by landscape architects, Davies White, with input from pupils from local school, St Botolph’s.

The children from St Botolph’s have been involved right from the start, where they met with Davies White and Nene Park Trust staff to explore how they liked to play. Some of the ideas in the playground have come directly from the children – for instance, the seats shaped like acorns. The children were also very keen about seeing water used in the playground, and the resulting water feature looks like it will be a real hit with kids. It’s a raised rock pool fed by a water pump. Kids can open and close a gate to allow water to run along wooden rills, and ultimately into the sand at the bottom.

There’s lots of sand in the new playground, and children will be positively encouraged to play in it – there will be buckets and spades available for kids to use. And there are also ‘fossils’ hidden in the sand that children can dig for and take away with them.

Adam White from Davies White said, ‘the playground is all about children reconnecting with nature. We wanted to make it as natural as possible, but still provide a fun space for children to play in. There’s not much ‘traditional’ play equipment, we want to provide children with the elements for them to explore and make their own play.’

The Otter Playground is the first of the three playgrounds at Ferry Meadows to be updated, next on the list is the playground near the golf course which is due to start in early 2015, and then in 2016 the playground by the watersports centre will be upgraded. It’s all part of a 10-year plan to make Nene Park an even more exciting and welcoming place for visitors. Nene Park Trust Chief Executive, James McCulloch says, ‘we’ve already done a lot of work (the £2.5-million watersports centre also opens in April), and have a lot more planned. As well as upgrading the other two playgrounds, we’ll be working on establishing 12 zones around the park. These may be little pieces of play equipment or sculpture to make exploring the park more exciting.’ 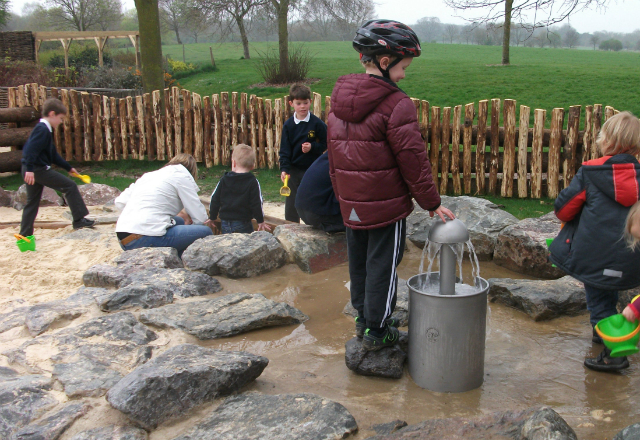 Kids can control the water from the pump through the gates and down into the rills. What fun! 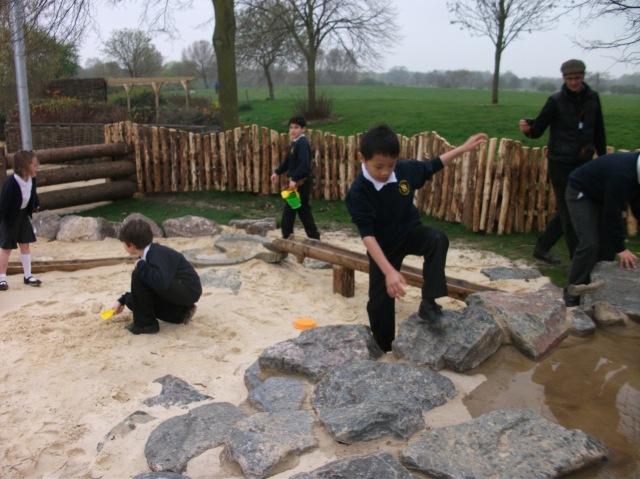 The water feature proves to be a big hit with the kids. 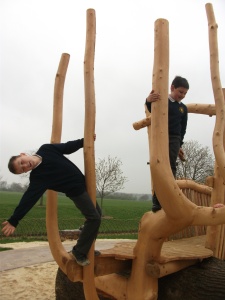 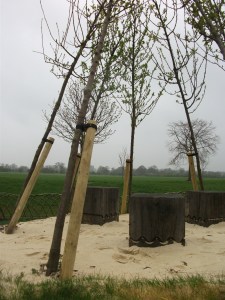 One of the seating areas.

← The Gruffalo at Fineshade Woods
Burghley through the seasons →